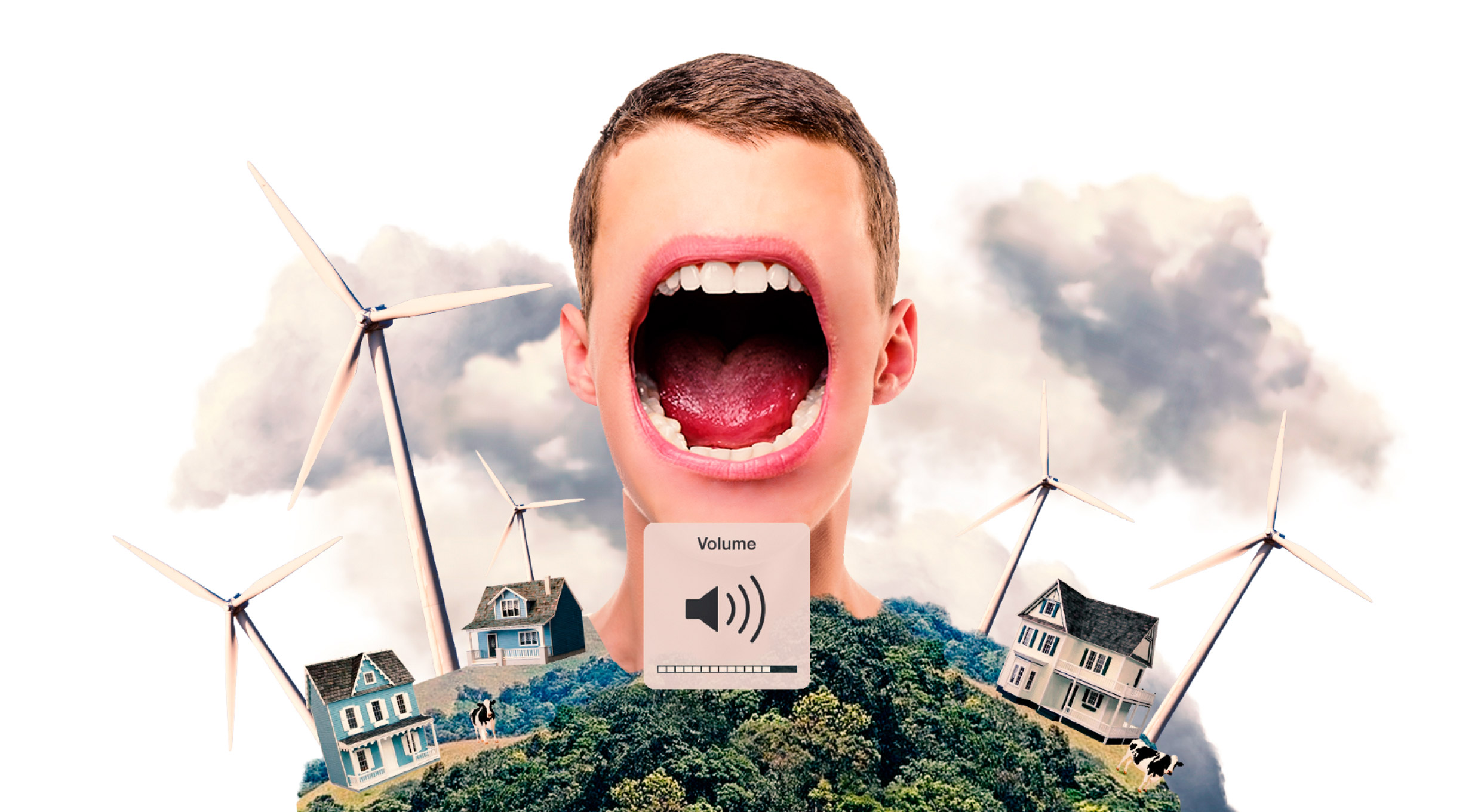 How an internal Hackathon can unravel your design studio’s superpowers.

It would be an understatement to say that 2020 hasn’t quite panned out as expected. Christmas 2019, when we held the first Zajno hackathon and made the little project we’re just about to discuss, looks like a simpler, more innocent time. But although the virus that’s engulfed the world in the months since feels like a crisis to dwarf all others, it too could soon look quaint in comparison to a climate catastrophe that lurks round the corner.

The coronavirus lockdown showed us what cities like LA can look like when they’re not mired in air pollution. But with lockdown gradually ending, that pollution is returning. Here’s the story of a project that tries to imagine a future in which more ways will exist to have power without pollution.

The Power of Sound - Website Of The Day on CSS

This is an experience about the power of green energy: its power to change — and save — our world. 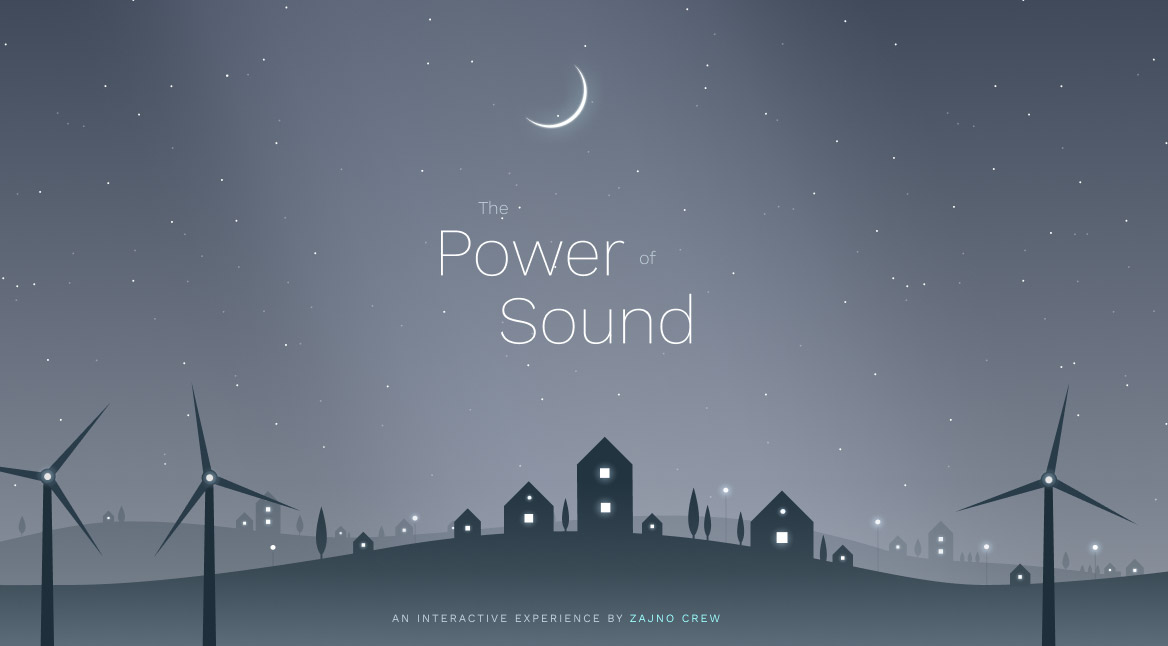 Just before New Year 2020 — Christmas 2019 — we had our very first internal Hackathon at Zajno. The idea was to finish the year with a special event that would bring us together as a team, make us try something new, build our skills, and reveal new talents. And obviously, because it was Christmas, it had to add a little to the magic of the season, too.

We had an idea that an internal company hackathon would be the perfect way to achieve all these diverse aims in one package — but because we’d never done one before, we couldn’t really be sure.

As is the idea with these things, time was strictly limited — namely to two days, which in practice meant 16 hours. We knew this was less time than a hackathon usually takes, but hoped having an extra challenge would only make things more exciting.

A hackathon’s usual criterion for success is to build a minimum viable product, addressing a predefined problem or theme, within a set timeframe. Dreamed up by Zajno’s sales, project management, and PR guys, our theme was ‘windmills’.

A breakthrough — and an obstacle

My story will be about one of the projects: the one I worked on, and which won, and on account of whose victory I was asked to write this article. This is my first literary venture, so here goes…

As soon as the theme had been announced and all the teams were secreted in their rooms, a wild brainstorming session began. ‘Windmills’, we decided, obviously referred to Don Quixote. But rather than an imaginary enemy, we thought it could mean the monumental problems of mankind — those seemingly immovable obstacles we all face in our daily lives.

We weren’t afraid to confront some such obstacle — the question was, which to choose? Soon, though, we gravitated to the gravest challenge of all those facing not just us but our planet: global warming and the wider impact of human activity on the environment. But that was a broad theme; which aspect exactly to tackle? For a while, the team was lost for words. 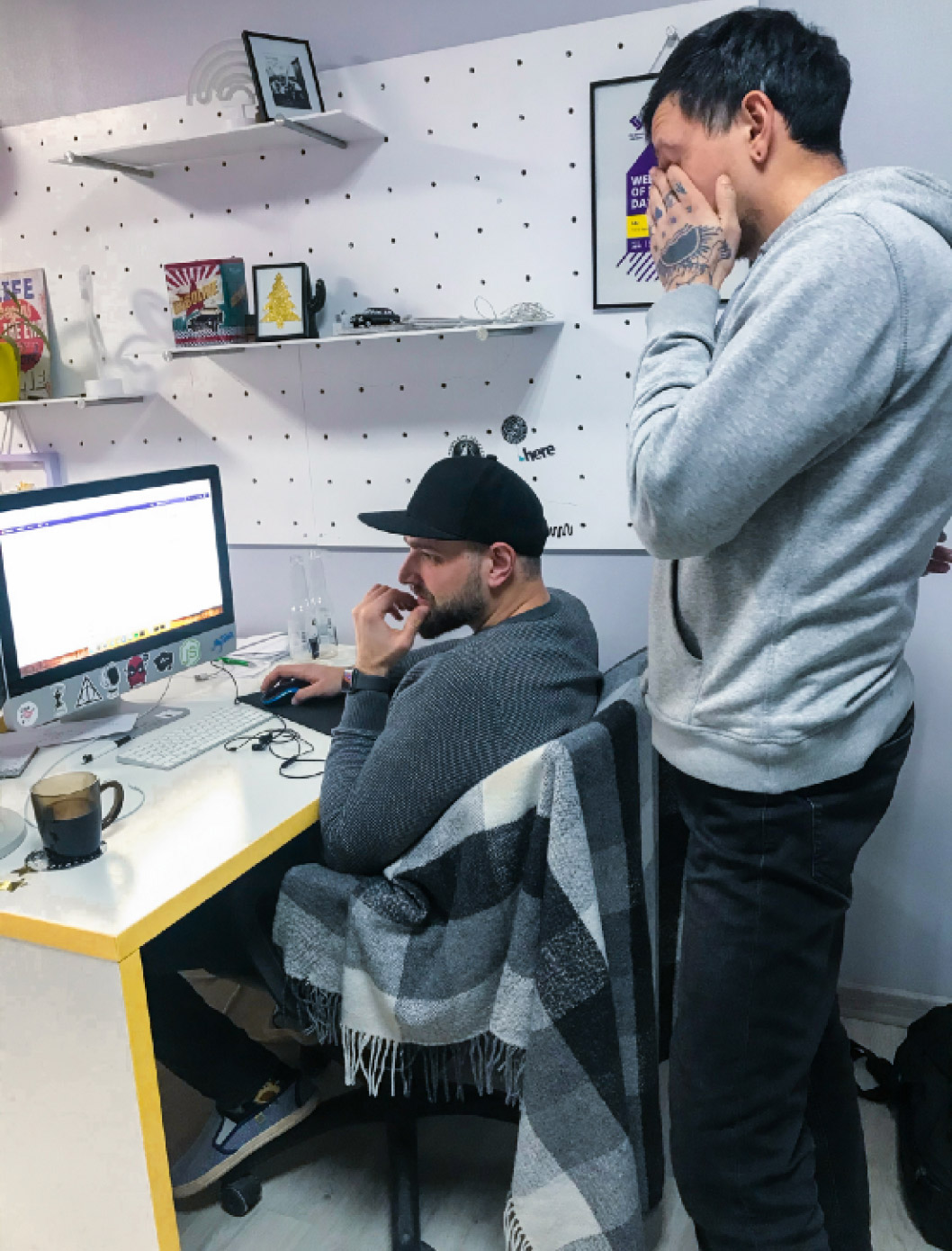 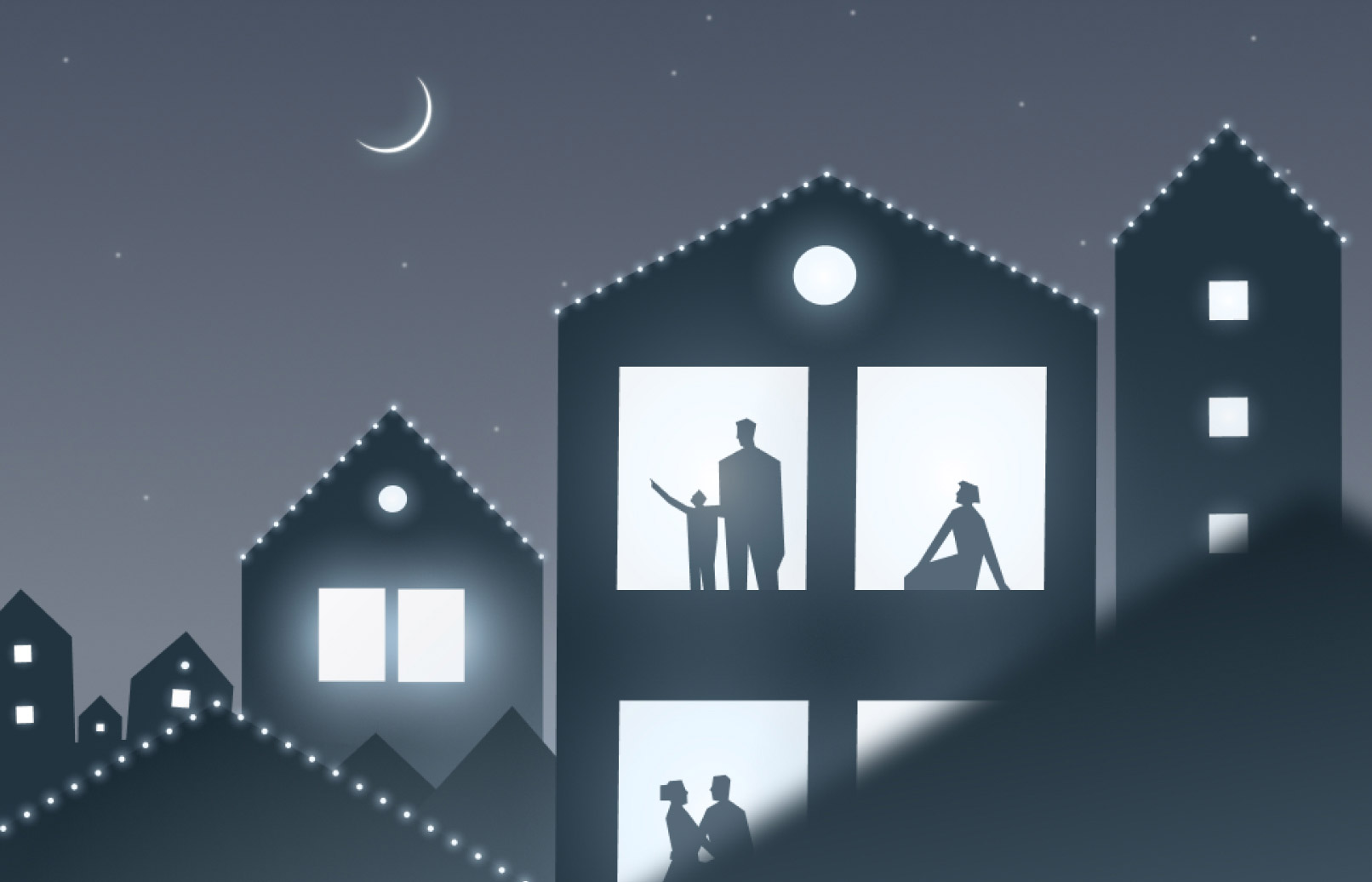 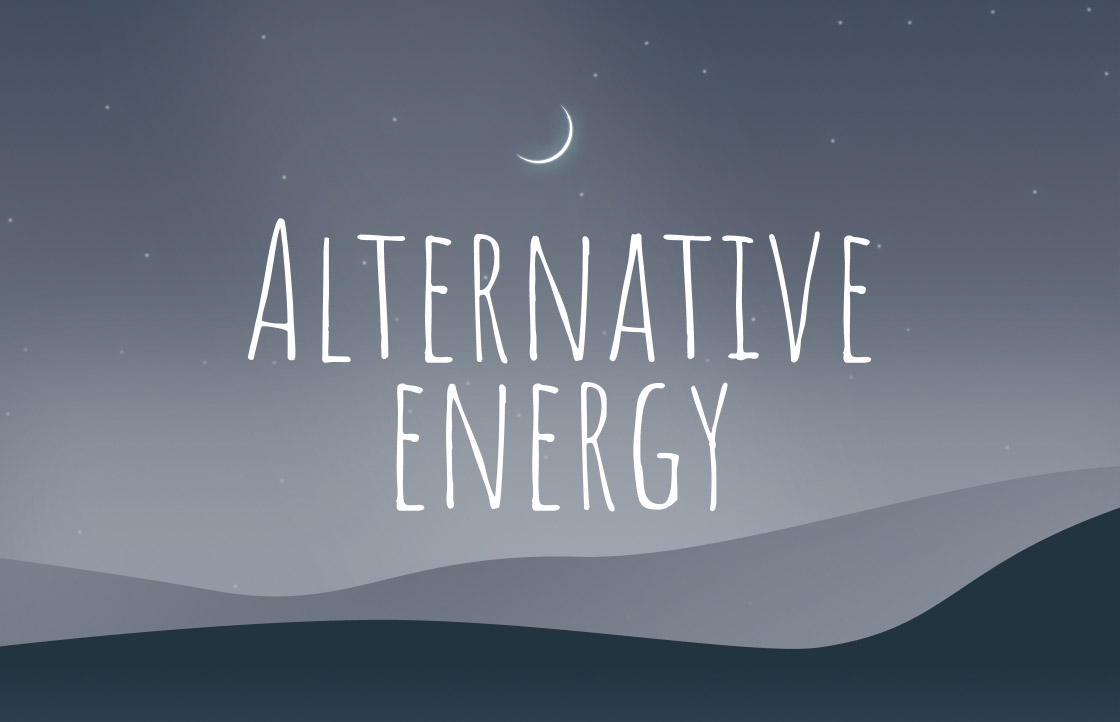 Fortunately, we quickly remembered that the clock was ticking. We had only 16 hours — even less by that point. The most practical plan was to spend as much time as possible on designing and developing an actual product; long discussions were the enemy (and, an enemy by which one of the other teams would be defeated).

Pretty quickly, we took the decision to identify a functional domain we wanted to explore, and decide later exactly how to apply it. For fellow developer Fitzsyke and me, sound and speech recognition — in fact, any sort of interaction with computers’ mics — had long been an area of interest. From there, it wasn’t a big leap to ask, what if our windmills were to be wind turbines — a classic source of green energy — and the ‘wind’ to power them were to be created by blowing into the computer’s mic?

Not wanting to waste time, we made a quick model to check if it would work — and it did! Better still, our functional idea naturally flowed into an illustration concept — the more you blow, the more windmills rotate on the screen in front of you. And as luck would have it, we had an illustrator in our team in the form of Zajno digital artist Sofy. 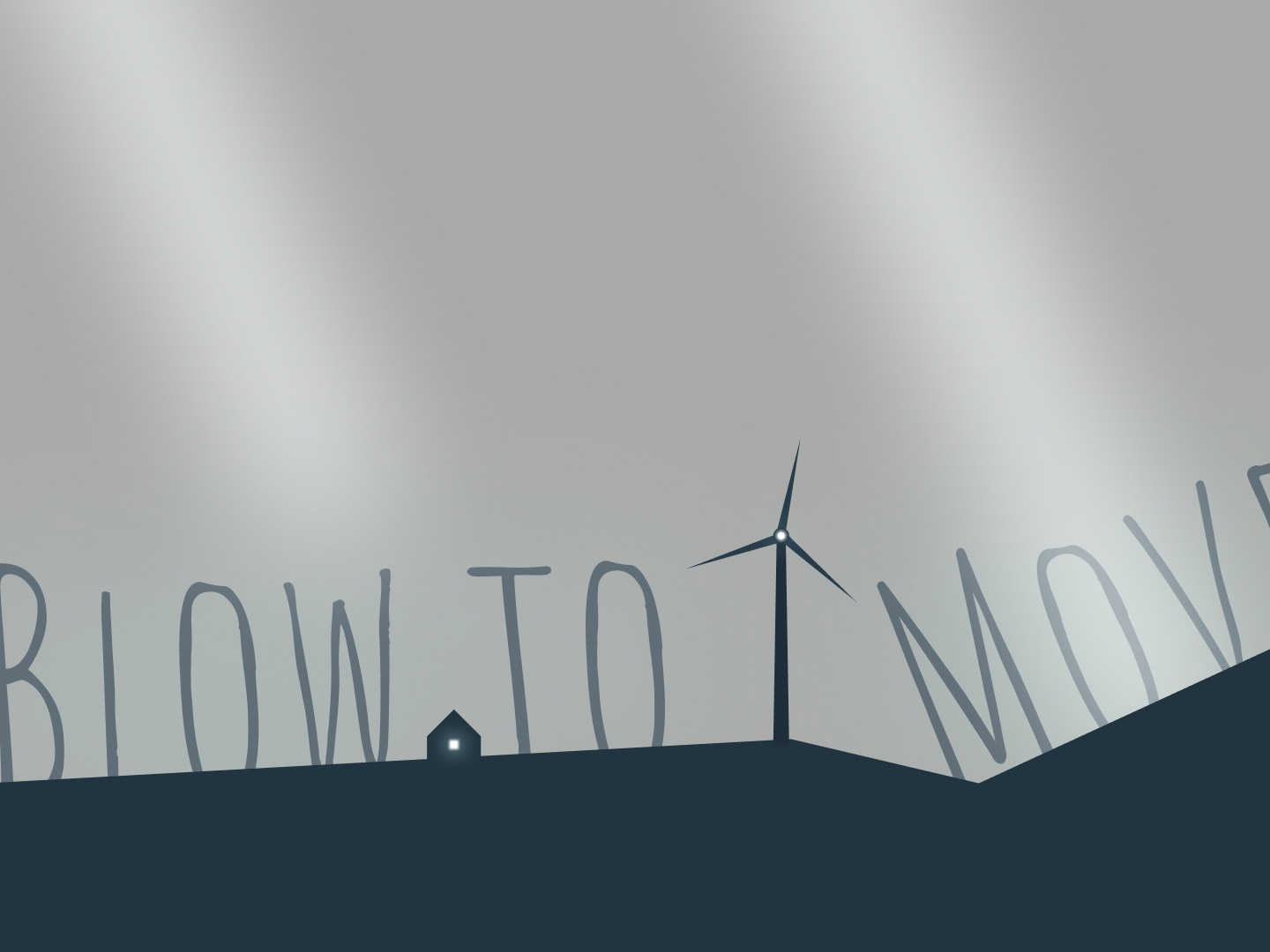 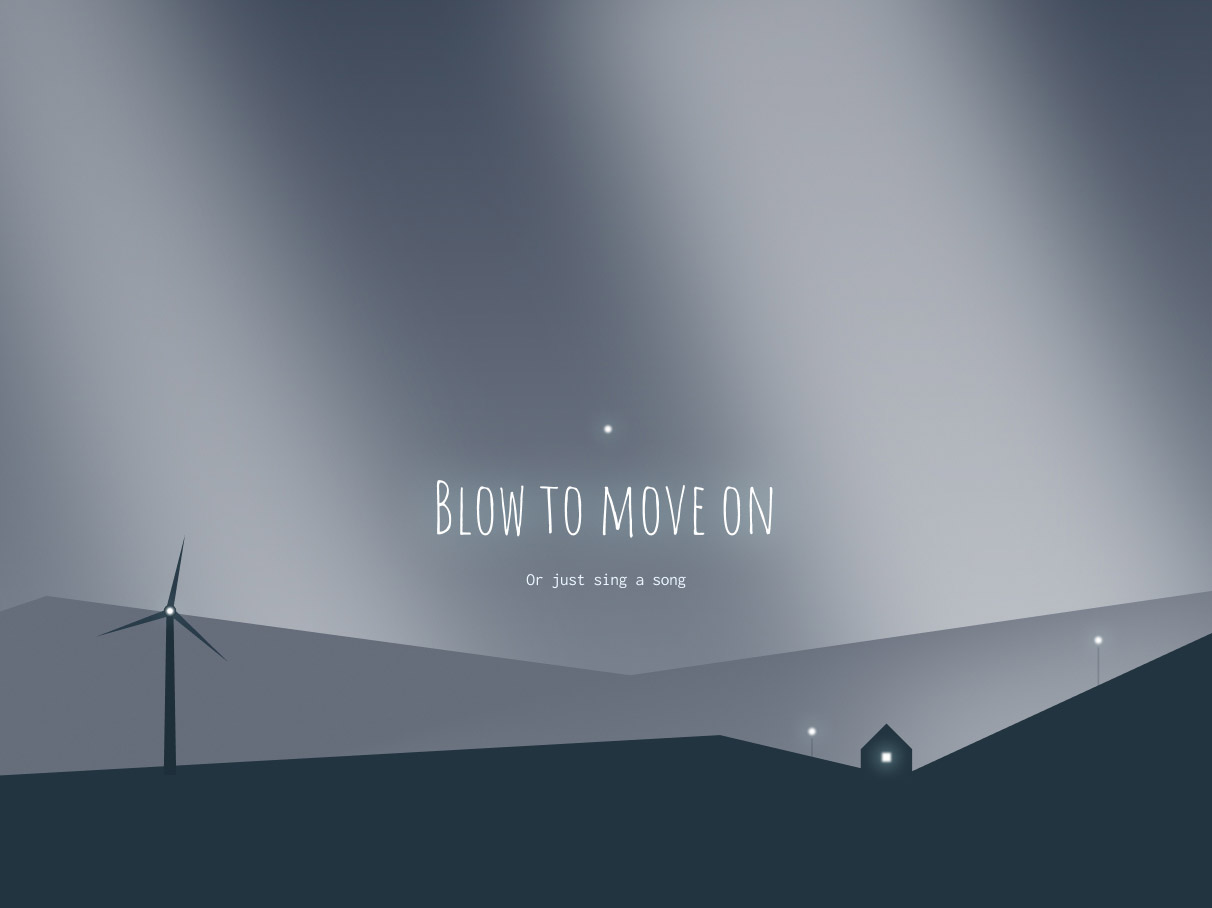 “The more you blow, the more windmills rotate on the screen in front of you.”

Working at this sort of pace, though, things rarely go without a hitch. Ours soon arrived in the form of modern microphones’ ability to filter out blowing sounds like breath or wind — a very useful feature for most purposes, but a very frustrating one in our case! It fell to Andrew, our designer, to discover the problem the hard way — he had to blow so hard to power his way through the illustration that he nearly passed out. The hard realization was inescapable: we couldn’t use breath to create the wind for our turbines.

Of course, it was only blowing that was filtered out — we could still power our turbines with our voices. But, we pondered, why should voices make windmills go round? 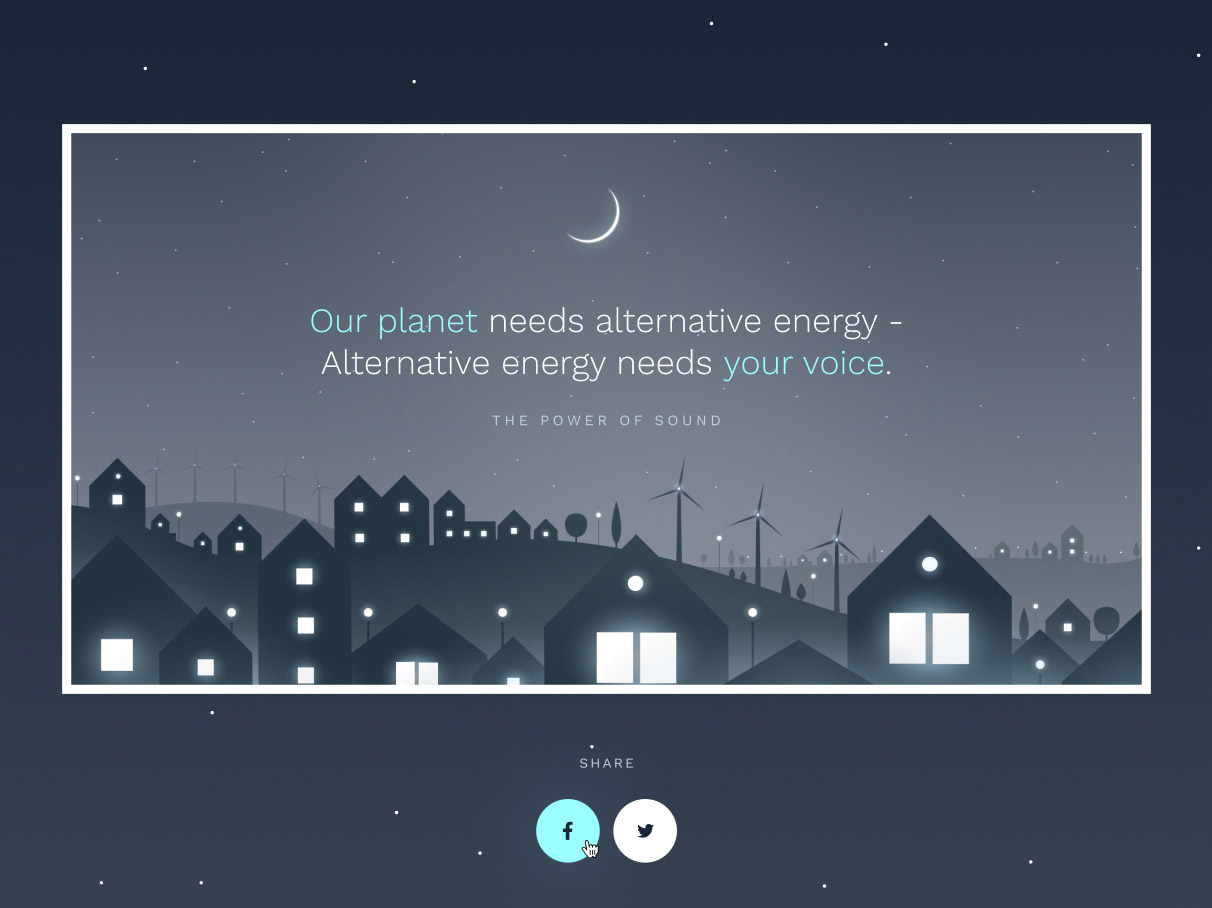 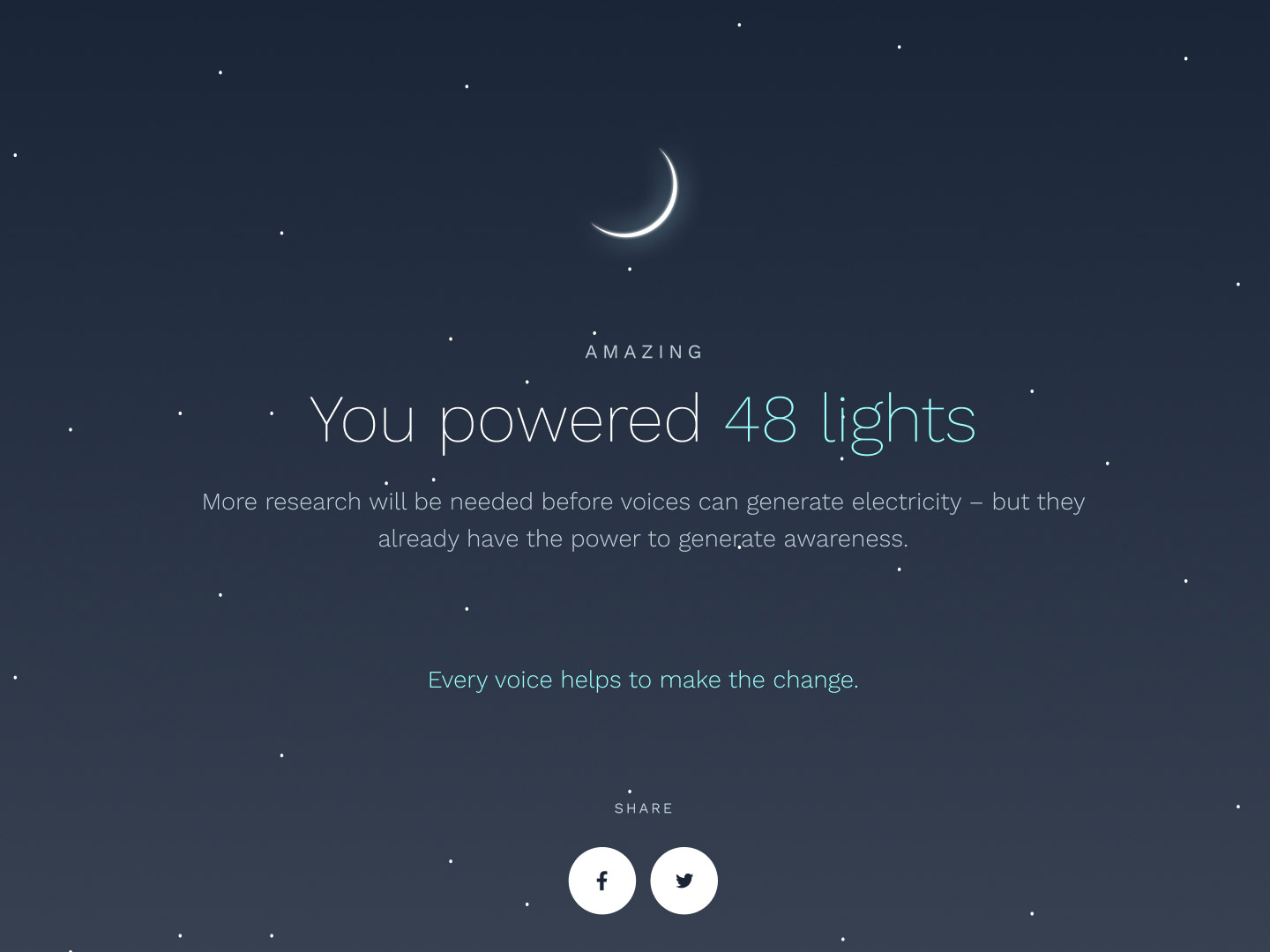 Well, it turns out that this isn’t such an obvious question. Yes, regular turbines are not sound-powered. But a little research revealed that sound energy, though not yet commercially operational, is under development — and could yet turn out to be a revolutionary energy source.

We then got to thinking about the more metaphorical aspects of our creation. Could using our voices to generate power not be seen as an analogy for raising one’s voice to raise awareness of the climate emergency? Activists like Greta Thurnburg have changed the global agenda by speaking up — maybe we could do a little of the same.

So it was that in our final idea:

We imagined a future where entire cities are powered by sustainable energy sources — sound being one of them. Accordingly, visitors to our site would be asked to generate electricity with their voices — and having made some noise, they’d be informed of how many homes they’d managed to power. Finally, they’d be invited to use their digital voice to raise awareness via social media.

Another important point was that the more people involved in the experience, the better the result would be. More people make more noise and power faster change. If a person was to go through the experience alone, they’d need to stop now and then to draw breath — halting their progress. But with multiple people involved, power generation would be continuous. This fact also chimes with the idea of raising awareness: the more people participating in the movement, the louder and stronger their voice — and the bigger their impact. 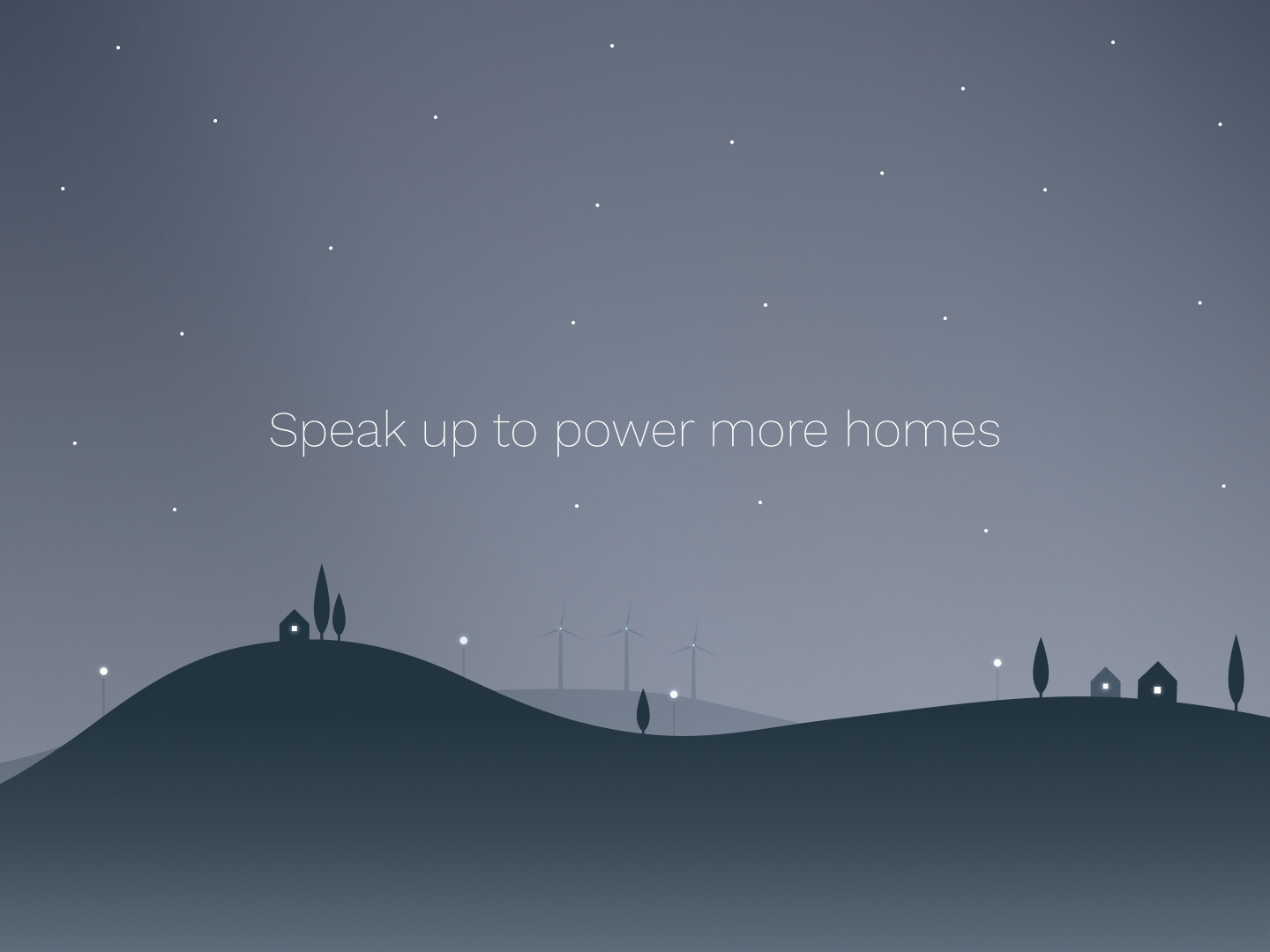 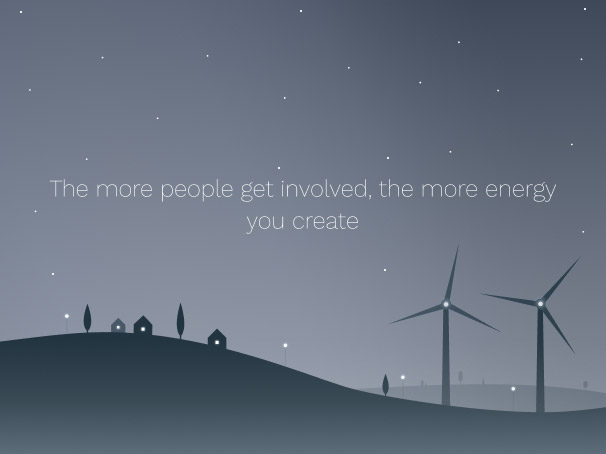 We used every single second to build and improve our product: when the time was up, our work was done. What we had at the end of 16 hours wasn’t perfect, but it was a minimum viable product. It worked and it was all we could have asked for.

Presenting our product brought us a few pleasant surprises.

First, the idea of communal effort really manifested itself. It was cool to see how everyone was excited to participate by making some noise — and how smoothly and quickly they were powering homes. Just like in real life, the “movement” was started by the bravest individual — but soon, one by one, in a sort of chain reaction, everyone else joined in. By the end, everyone seemed excited: because they’d managed to reach the goal, because it had been a common effort, because it felt good to do something good for the planet, even if it was just a game. And finally, because it was a lot of fun to shout and sing and go wild all together. 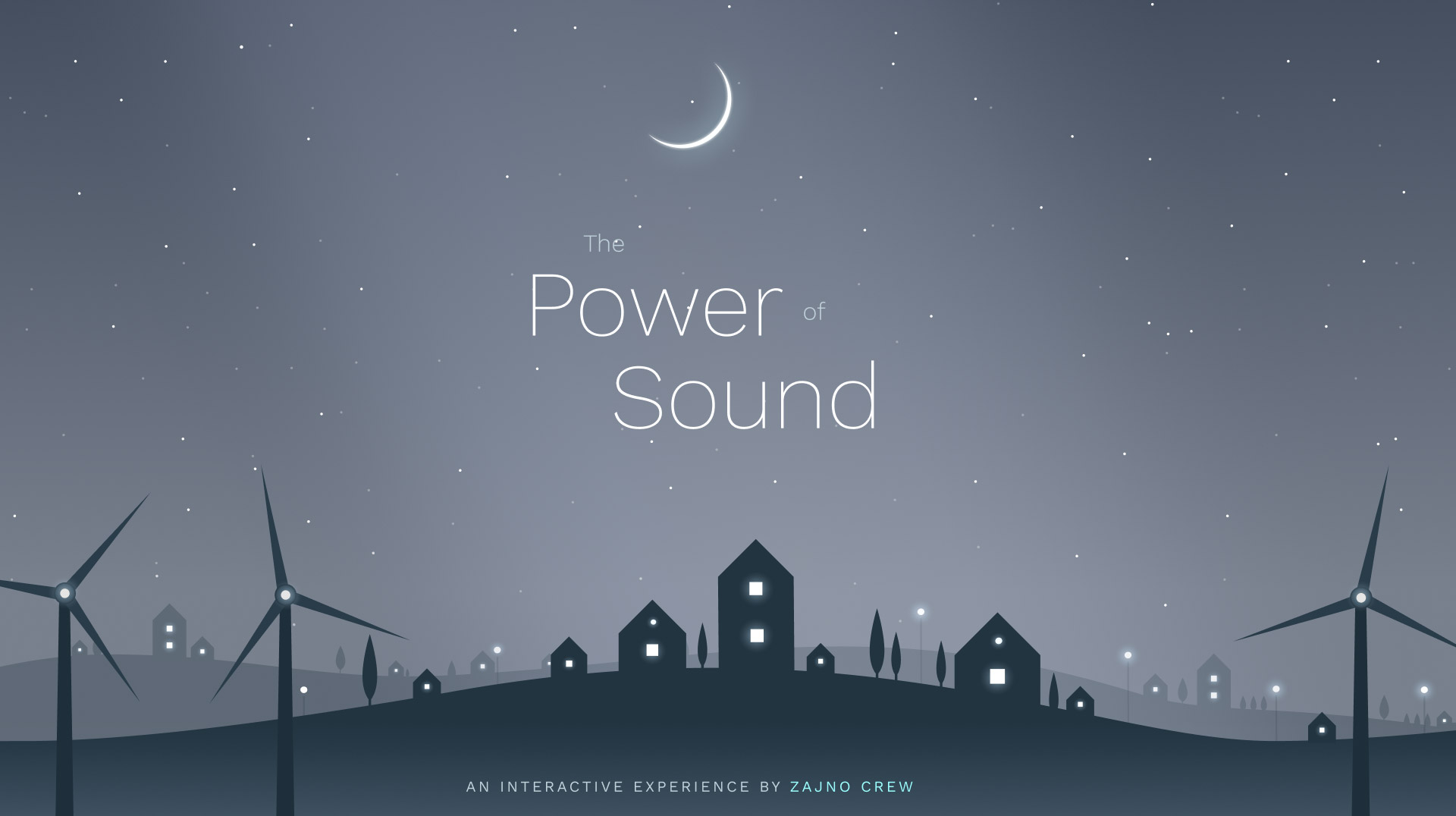 Second, we won! But even if that hadn’t happened, it would have been an event to remember: all three projects were intriguing and memorable, and the process of working so intensively on a single goal over two days brought everyone together more closely than ever before.

One way or another, everyone seemed to have learned a valuable life lesson or two: whether about how to cope under stress, where they fit into a team, or just what it is, when it comes down to it, what they really want to make in their limited time on this earth. 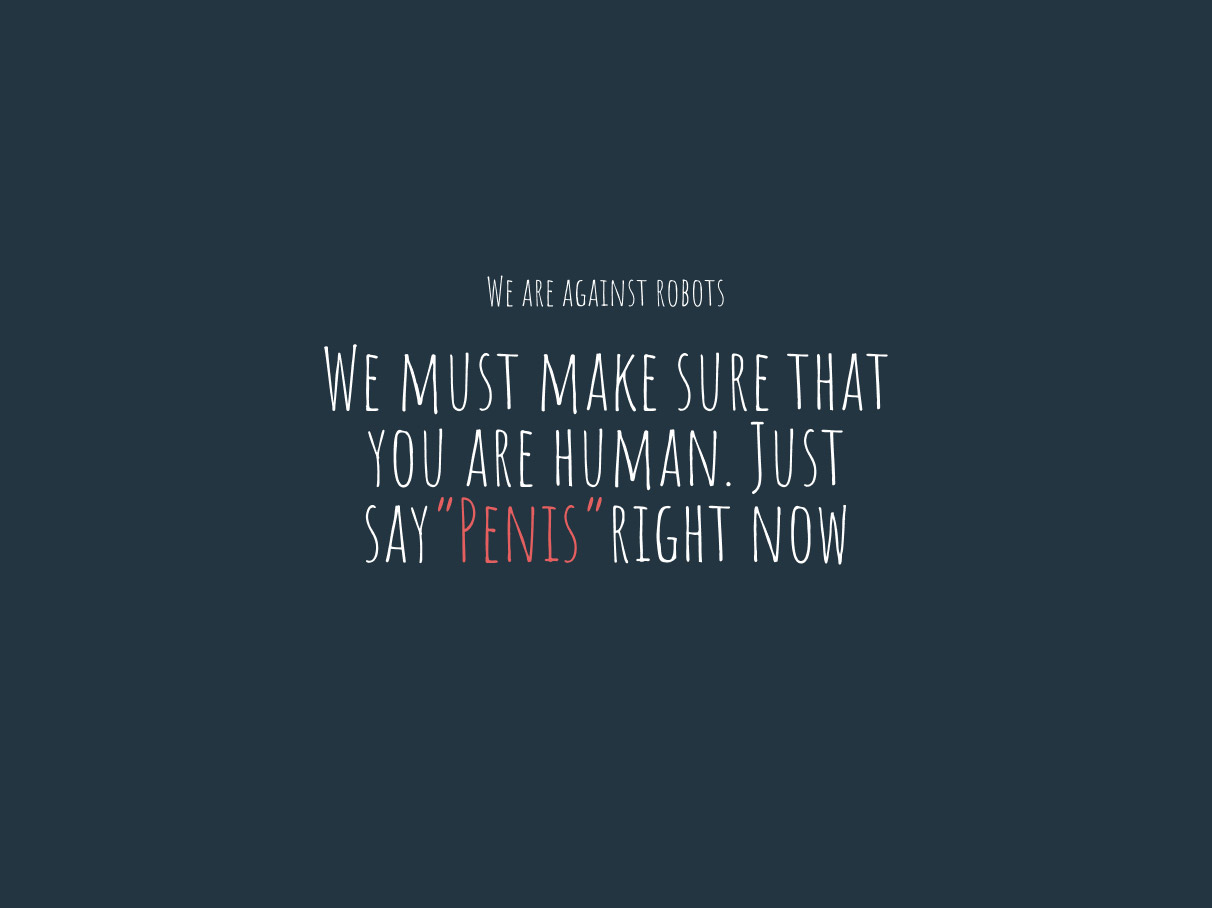 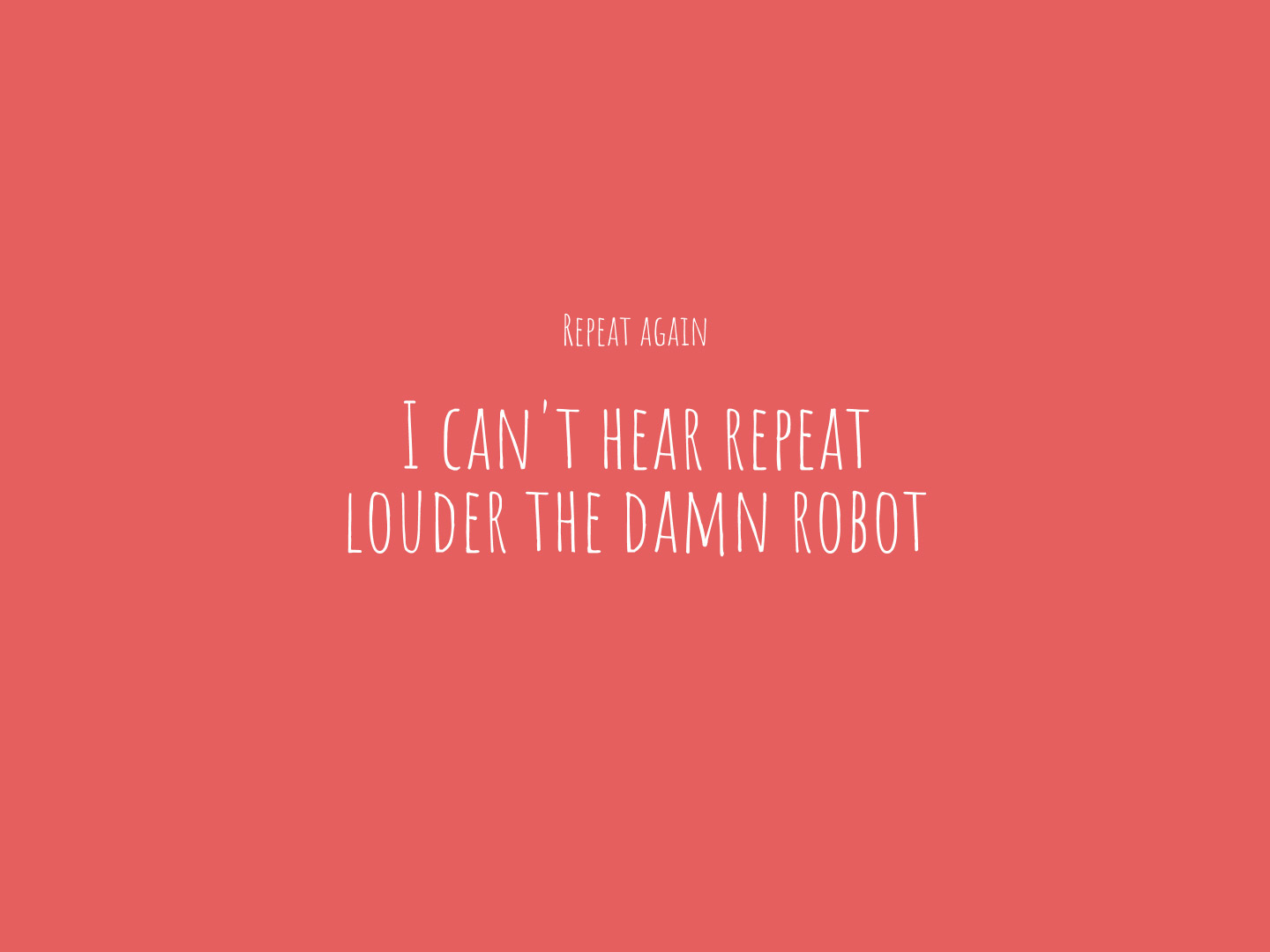 A Zajno original member, Danil is a front-end web developer by day, and a musician by night. But sometimes he plays in the day, too. And sometimes he codes at night. He’s flexible that way. 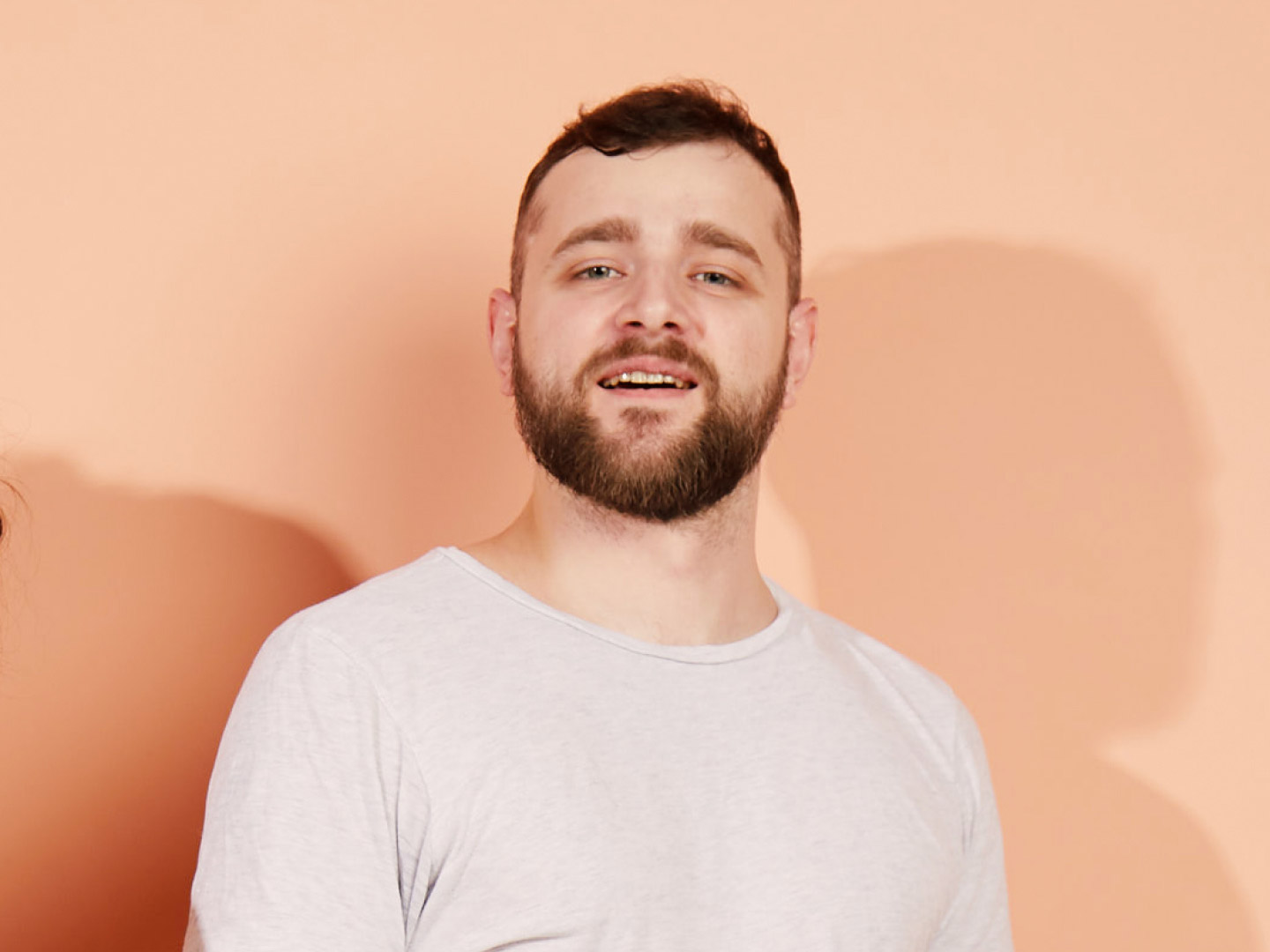 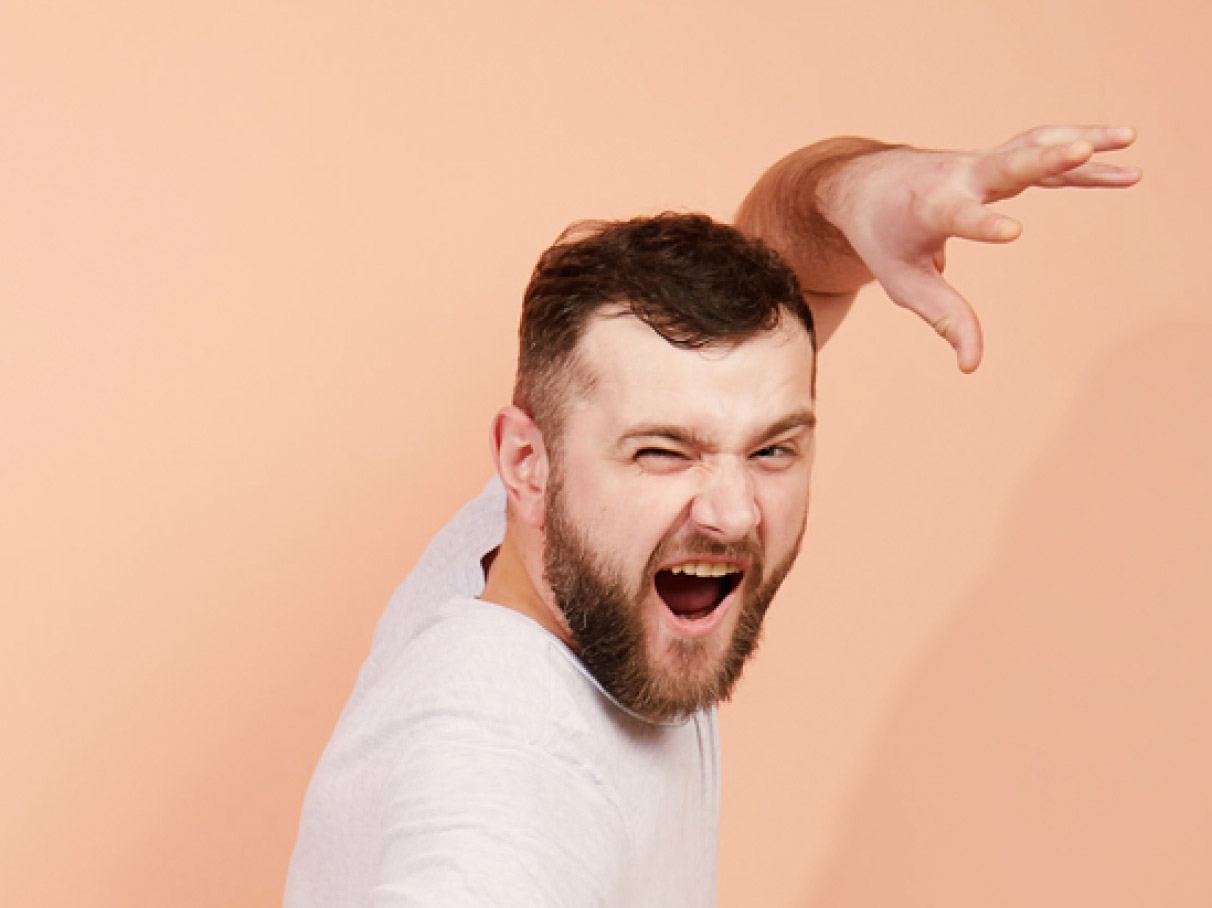