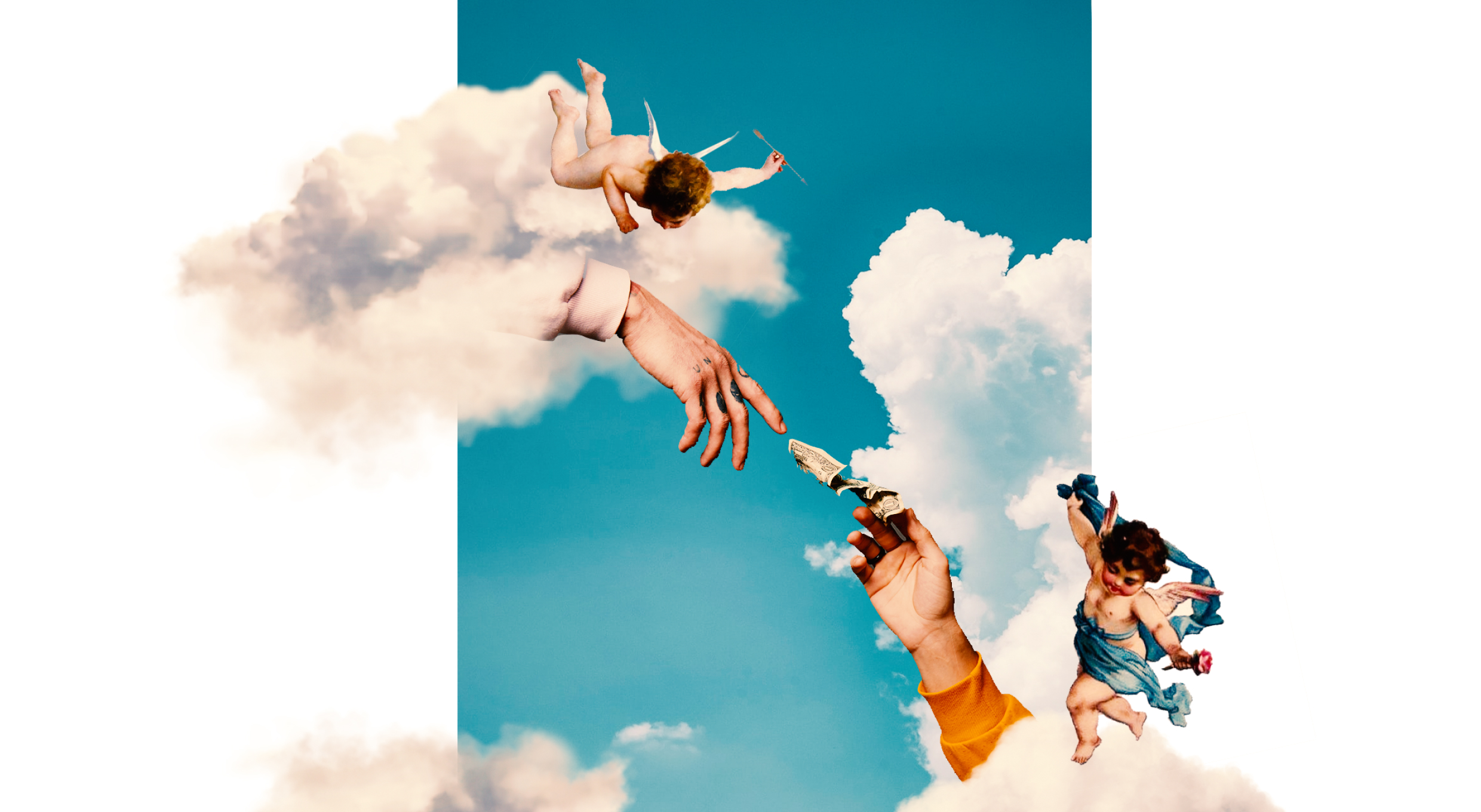 We’ve been working with Chance, a product that will help young people get financially literate

Young Americans are stressed out about money. A whole bunch of different surveys have shown that personal finances are the thing people worry most about in the US, and it’s people in their teens and twenties who are at the sharp end of it. Millennials and Gen-Zers have lower salaries and fewer assets than previous generations did at the same point in their lives, and the instability this creates can have a negative effect on every corner of their (our!) lives.

All this means that young people in America today need sharp financial instincts in order to survive and prosper — but unfortunately, in many cases, they lack the basic skills they need to manage their money effectively.

This is quite clearly a big problem that calls for a whole-society solution — but that doesn’t mean small, innovative startups don’t have their part to play. One such venture is Chance, an ‘automated personal banker’ with no less a mission than to change how emerging generations of Americans think about money and engage with financial services.

Chance is an ‘automated personal banker’ with no less a mission than to change how emerging generations of Americans think about money and engage with financial services.

As a young design studio made up of people who’ve had to learn for ourselves how to make our financial ways in the world, we found Chance an incredibly relevant project for us — so we were thrilled when the guys got in touch to ask if we could help them out with some branding, design, and development, as well as with the creation of an AI-based Chance mascot. 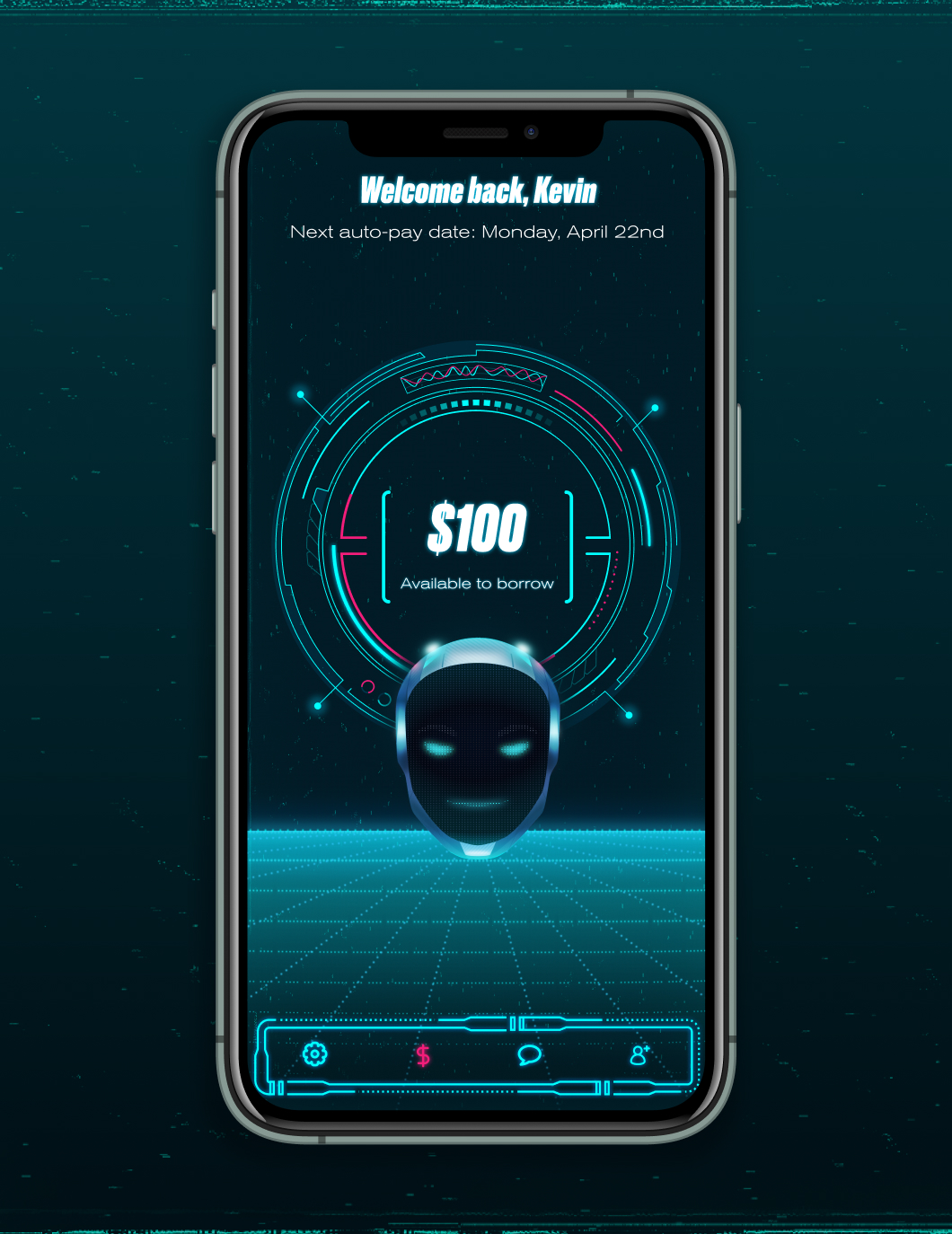 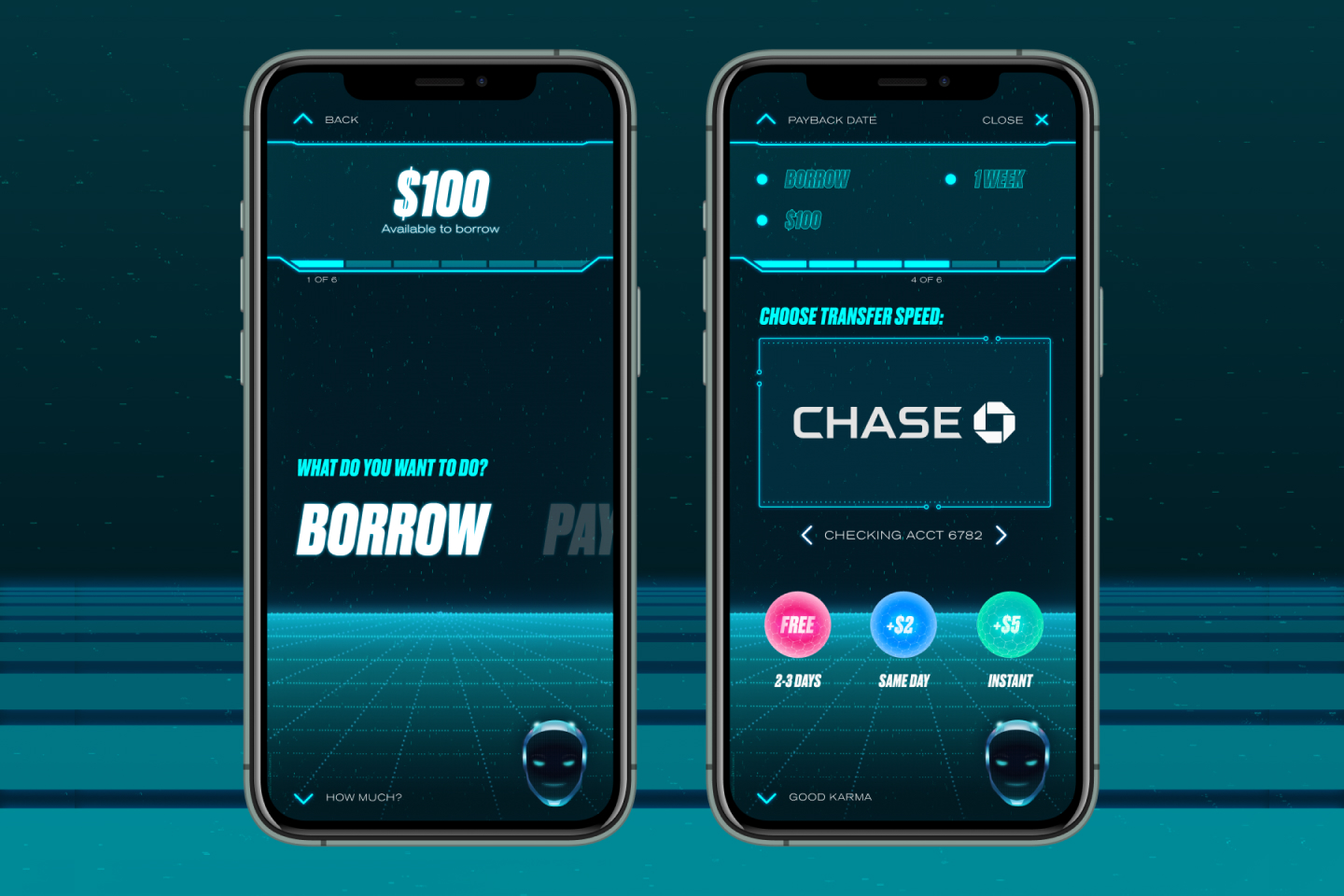 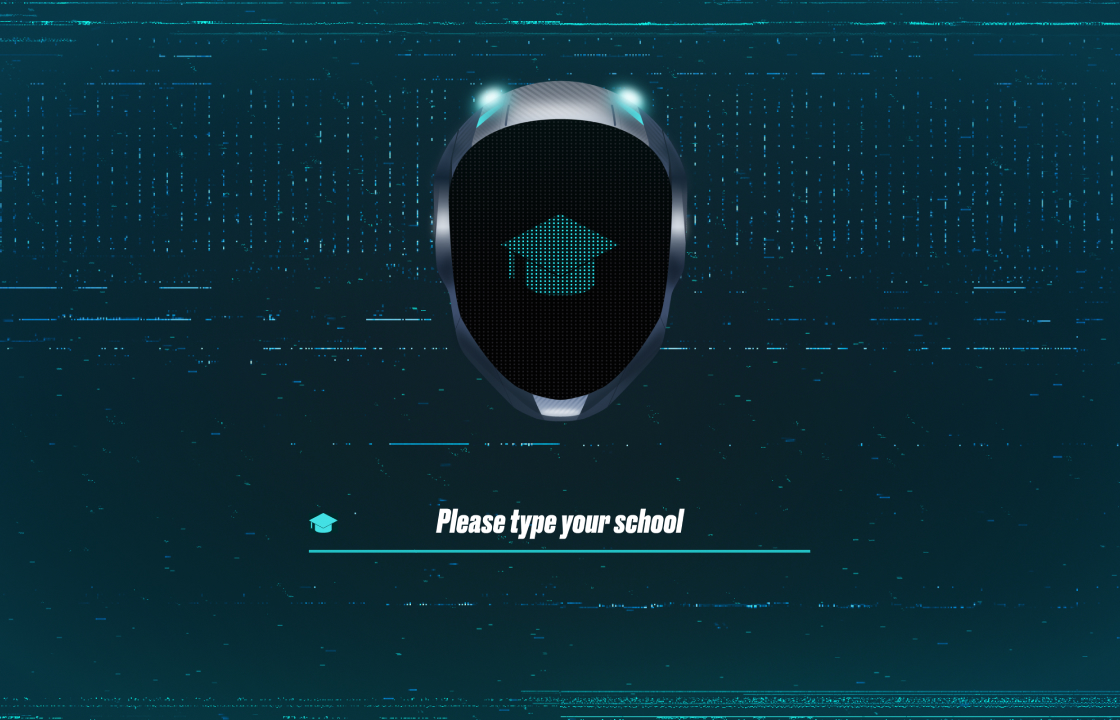 The problem Chance addresses is plain for all to see: young people come of age without the skills they need to become competent, independent financial operators. They often fall prey to organizations that say they want to help, but are actually out to exploit. Chance can’t remove the financial stresses that young people are under, but it does offer an ‘honest broker’ that will tirelessly guide you through budgeting and saving, as well as letting you borrow small sums when an unexpected expense pops up.

Chance is aimed at young adults — that group of consumers just setting out on its own financial path in the world. As such, our task was to create an identity that would be fun and non-stuffy while also conveying that this is a product that can be trusted with some of life’s most serious business.

Our task was to create an identity that would be fun and non-stuffy while also conveying that this is a product that can be trusted with some of life’s most serious business.

The added challenge was that at this stage, the product through which these values were principally to be conveyed was quite minimal: a single-page site through which prospective Chance users are able to request an invite for the service. But as regular readers will know, we do like a challenge — and this one gave us the chance to distill a fledgling project down to its purest essence, and find out what it was really made of. 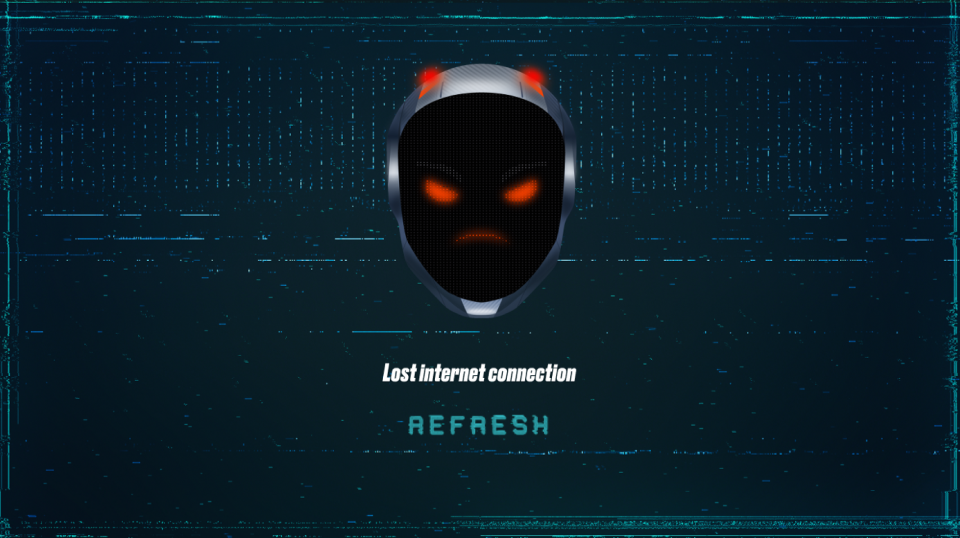 A path to banking harmony

Chance’s founders began by observing three huge obstacles that young people in America face today. First came their lack of financial literacy, which means they make mistakes and incur fees from financial service providers. Then there was the complexity of the financial services landscape, causing them to end up falling for predatory products. Finally, volatile income and expenditure very often makes it incredibly difficult for young consumers to budget and save.

Chance plans to respond to this challenging situation by providing its users with an AI-created budget tailored to their exact circumstances, with ‘pots’ into which funds for regular payments are automatically put aside. It provides a fee-free borrowing facility up to the value of $1000, but places this within a framework that educates users about responsible borrowing. Finally, Chance saves automatically, according to its analysis of what the user can afford. 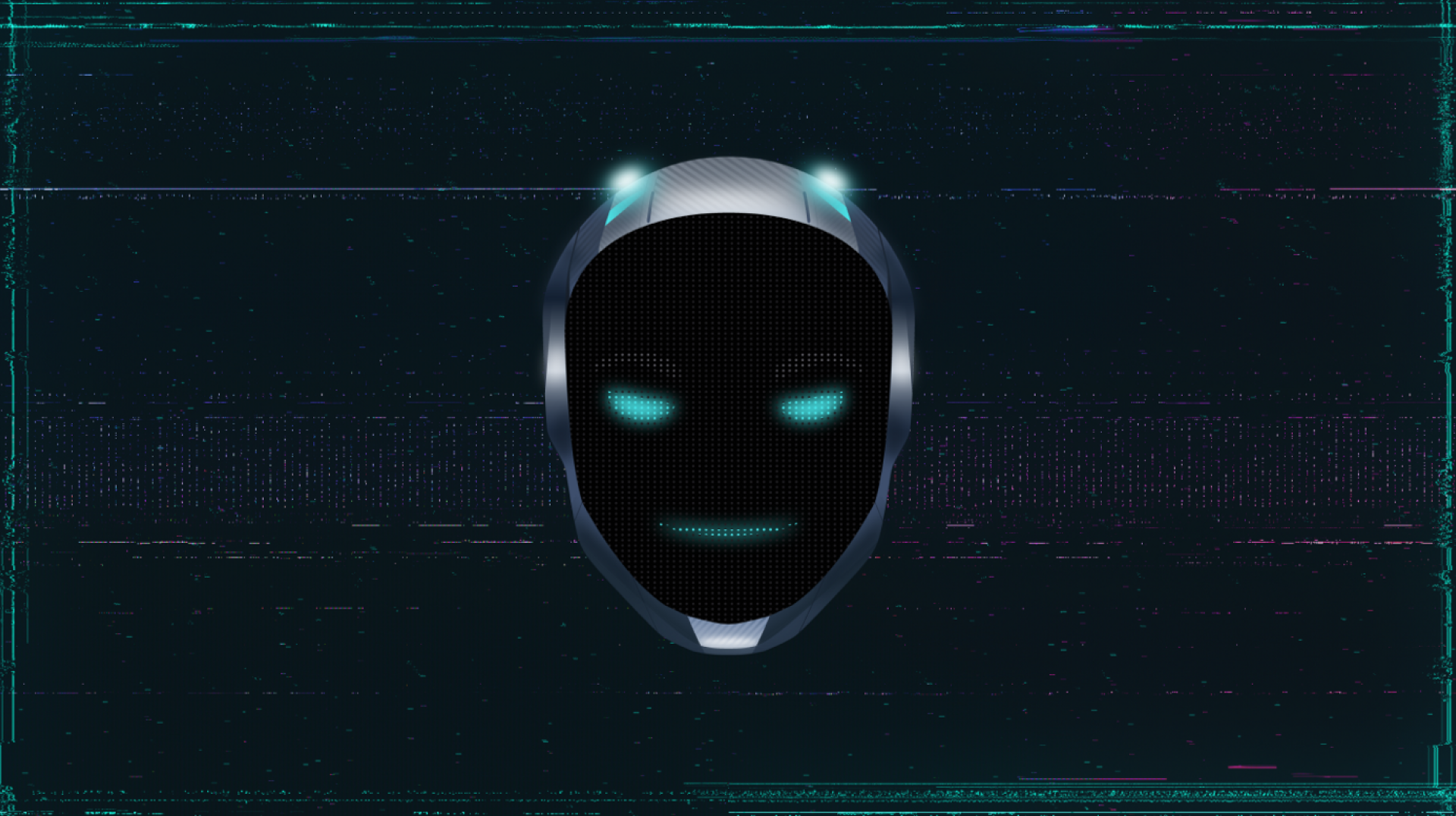 Rather than making money through interest and late payment fees, Chance uses a transparent and affordable subscription-based business model, with users paying $1 per month for each feature they’ve opted into.

It’s important to notice that Chance is not a bank — it plugs into users’ existing banking services. The users who stand to gain most from Chance’s services are those currently incurring frequent fees for overdrafts and missed payments — just the things that Chance can help its users avoid.

Our encounter with Chance began by taking some time to understand and digest everything we’ve just told you about where the project is coming from and what it sets out to achieve. We saw from pretty early on that this was something we could really get behind: it combined equal measures of innovation and honesty to tackle a very real and growing challenge that has touched many of us personally. 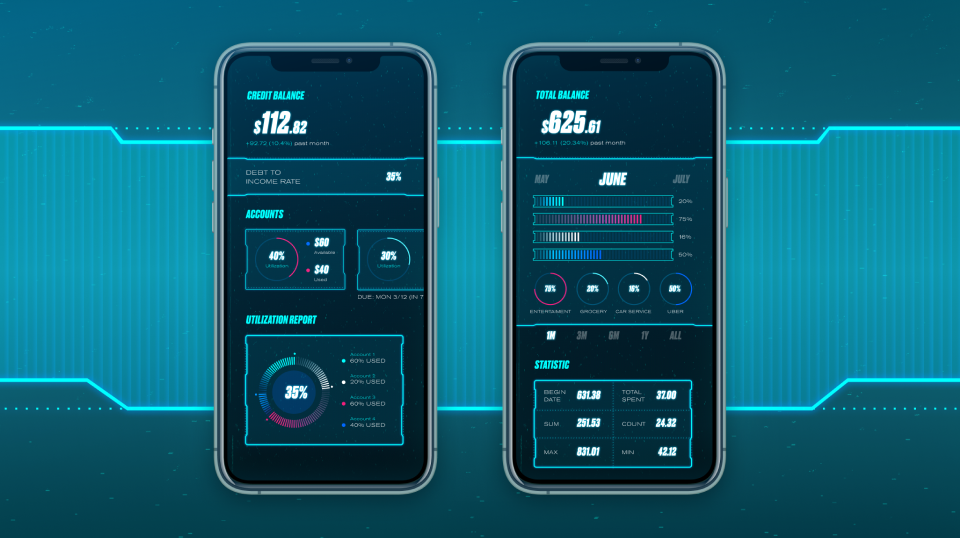 But when it came to developing an aesthetic for the product, we wanted to keep things fun: the product may have been deadly serious, but that was all the more reason for its persona to avoid being too square. Rather, the pitch we had to make was that managing personal finances is a game that one must win — and that Chance, your digital financial mentor, can help you become an expert player.

Managing personal finances is a game that one must win and Chance being your digital financial mentor can help you become an expert player.

As visual research gradually segued into experimentation with different approaches to the brand’s identity and the site and mascot’s design, we found ourselves moving towards a lo-fi aesthetic that Chance summed up as ‘cyberfunk’ — combining a future-oriented outlook with a pared-down, no-nonsense technological essence to convey that a precision-guided approach to personal finances needn’t conflict with a more freewheeling attitude to life more generally.

On the technical side, we pushed our own boundaries by working with WebGL and shaders for the background, while combining HTML & CSS and PixiJS to create some nice effects and help lend an unmistakable splash of interactivity to Chance’s mascot. The site is 100% coded to ensure it all works as smoothly as can possibly be. 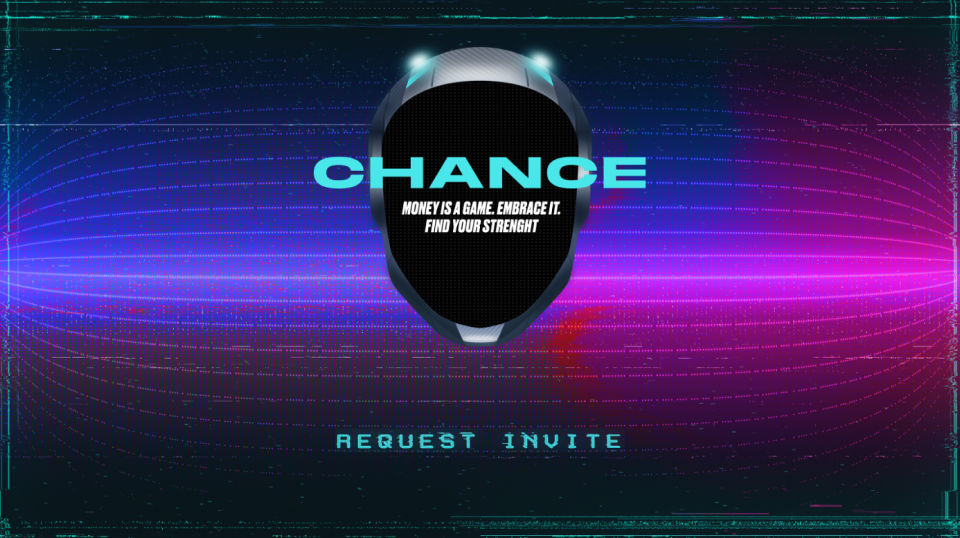 With financial products becoming ever more complicated, and forces of confusion constantly vying for consumers’ attention, building universal financial literacy won’t be a quick job. But we’re really happy to be playing a part in the early stages of a project that sets out to help people harness their financial resources more effectively, and waste less of their hard-earned cash.